Our Trainers and Instructors will work with you hands on to create individual plan for you and your horse. We promote family values, togetherness, and give kids a healthy focus. 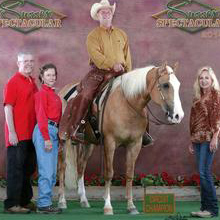 Karl Bauer opened North Jersey Equestrian Center , the largest equestrian complex in the state, in 2001. Bauer, who has a Bachelor’s Degree in Animal Science from Delaware Valley College, Doylestown, PA, began showing horses at 4-H shows and open competitions when he was 9. Five years later he began taking lessons from Robert Standish, USET’s executive director. In 1973, he began training and showing horses for Standish as well as his own at AQHA events. Bauer has since bred, trained and shown American Quarter Horses, many of them ROM, national and world champions as well as Superior Horse Achievement earners. He specializes in youth and amateur riders that show western pleasure, hunter under saddle, equitation, horsemanship and showmanship at the local, state, national and world levels. Past President of the New Jersey Quarter Horse Association, he has been an AQHA national affiliate since 1997, and was seated on the NJQHA Board of Directors for six years. He is a member of the AQHA Professional Horseman’s Association, Breeders Referral Program and the National Snaffle Bit Association. His talent and experience have earned him numerous awards, including the 1998-99 NJQHA Breeder of the Year. In addition, he has two back-to-back world championships in Mounted Shooting under his belt in 2006 and 2007. Karl currently sits on the board of directors for the American Quarter Horse Association.

Danielle Holl has been involved with horses for most of her life. At just 7 years old she started taking lessons at a local barn, by age 10 she was in the show ring. Once she was old enough to work she began working at the same barn she started at, learning the ropes as a show and school groom. She eventually went off to Delaware Valley College in Bucks County, Pennsylvania to further her horse career and obtained a BS in Equine Science. Here, she competed on the IHSA team for two years before purchasing her own horse as a training prospect. While in Pennsylvania, she started her teaching career at the Mercer County Equestrian Center working with beginner to intermediate riders. After a year, she found a teaching job in Newtown, Pennsylvania at Brigadoon Equestrian Center where she taught for three years. She successfully took numerous students to shows, worked with numerous horses, and taught riding lessons. Throughout those three years, she was taking her students to rated and AHS shows along with showing her own horse. Today, Danielle teaches at NJEC and loves teaching riders from the beginner level through the advanced stages. She is always willing to adjust her teaching techniques to help you meet your riding goals, whether they are personal or show goals! 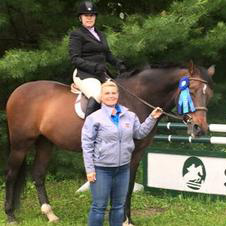 Hayley Rooney has made her passion and love of horses her career. Hayley began riding at 5 years old and never stopped. Hayley trained with many top professional trainers in the Tri- State area during her junior years. After finishing High School, she continued to pursue her passion by enrolling and attending Centenary College, earning B.S. degree in Equine Studies. Immediately after graduating College, she began freelancing; in 1997 Hayley started her own equestrian Business, Holland Hills Farm, LLC. In the fall of 2004, William Paterson University was looking for a new equestrian coach to manage and grown their team; Hayley accepted this new challenge with the same spirit and drive to succeed as she does with everything she undertakes. The team has thrived, during the 11 years, she has been coach; in 2014 Hayley was voted IHSA Coach of the year for the region her team competes. She is also a certified EMT and CPR/First Aid instructor. Hayley lives in Wyckoff, with her husband Kevin and 4 children. Hayley's quote to live by is " I've learned that people will forget what you said, people will forget what you did, but people will never forget how you made them feel" -Maya Angelou 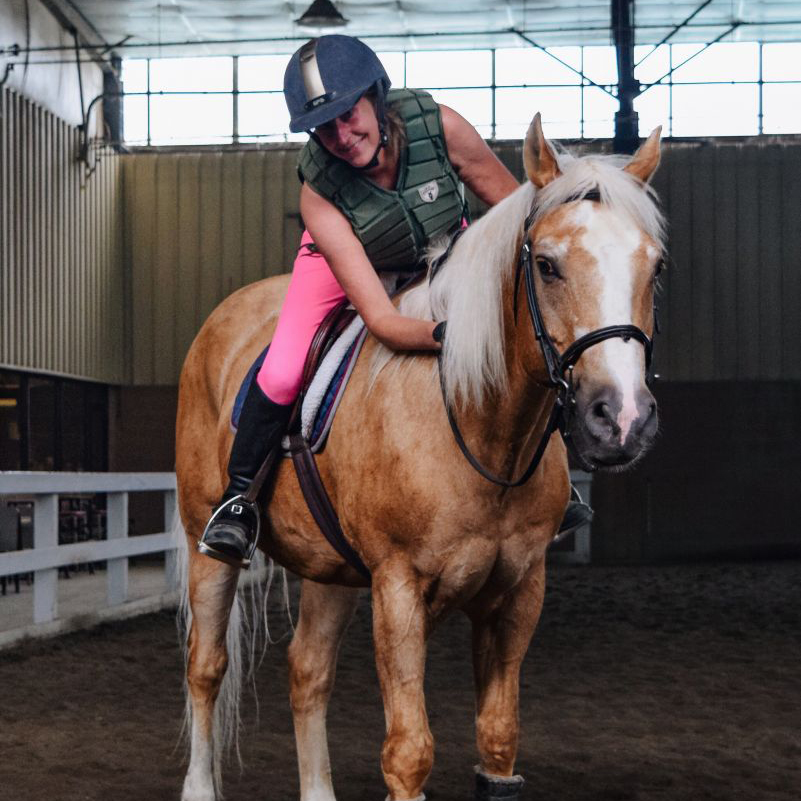 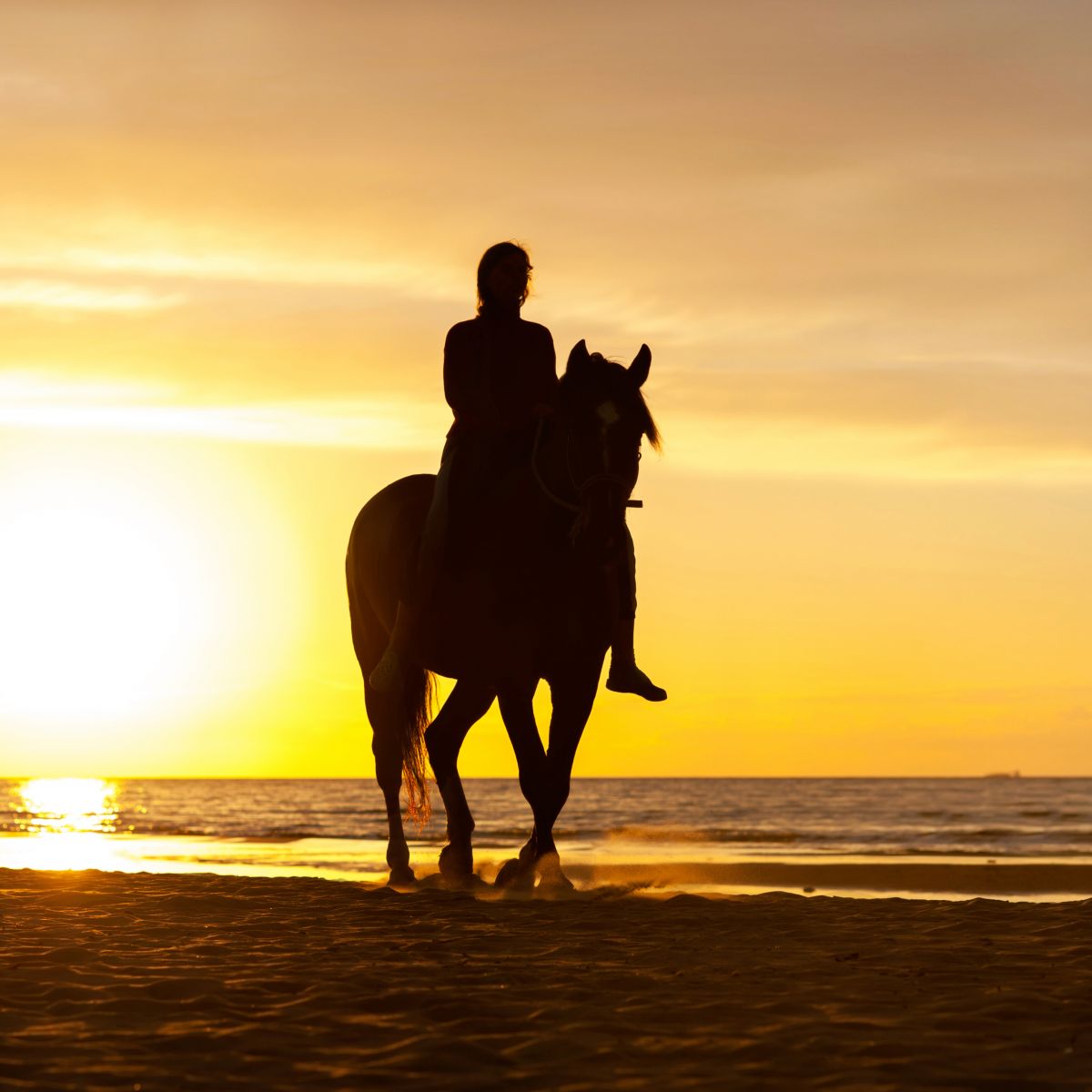 Susan has been teaching dressage for over 15 years, and has been located at the North Jersey Equestrian Center since 2009. She has a special talent for working with non-traditional horses, as well as horses with behavior issues.
Susan believes that correct riding is a lifelong pursuit. She sets high standards for her students, and believes that there are no shortcuts to success. She utilizes many different techniques in order to get the very best from the horses she works with, including long-lining, work in hand, and cavaletti. Additionally, she has her students frequently work on the lunge-line to improve their balance and posture.
After beginning her riding career as an eventer, she turned her focus to dressage. Susan has trained with some of the icons of the dressage world, including Nuno Oliveira, Hilda Gurney, Belinda Nairn-Wertman and Uwe Steiner. Currently, she trains with Katie Riley and Paul Belasik. She has also studied Parelli Natural Horsemanship with Nita Jo Rush.
Susan works as an advanced practice nurse at UMDNJ, where she works with children with cancer and blood disorders. She holds a master’s degree in nursing from the University of Colorado and is currently pursuing her PhD. 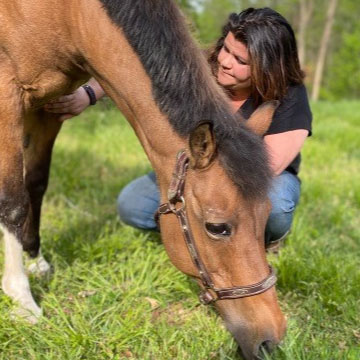 Carly started learning at the age of nine and has taught thousands of riders since.

Carly Eastern has had nearly 25 years of equestrian experience, starting from age nine when she first learned the foundations of being a self-sufficient rider.

Throughout her professional career, she’s excelled at teaching thousands of riders of all ages and experience levels how to feel comfortable on any horse—from vacation trail rides to entering the show ring. She’s an experienced trainer in western and English disciplines, including jumping and dressage.

Carly began her riding career at NJEC and is proud to be back after 10 years of teaching riders at other lesson barns in the NJ-area. At NJEC, she teaches English and Western lessons and trains horses.

Physical, emotional, and developmental assistance and therapy from equine tasks such as riding and care.

Love it! Made my two-year-old's dream a wish come true. The ladies that helped him ride his very first pony were amazing and patient, talking to him throughout it all. Seriously a place I would recommend and will be constantly visiting with my son.